October 10, 2015
To start, I don't claim to be an expert in XPath or Regular Expressions but the following are some observations I have made while parsing HTML documents for client projects.

In the following examples I am using HtmlAgility pack (HAP) to load the HTML into a document object model (DOM) and parse into nodes. Additionaly, there are cases where I have had to parse the document on elements which are not truly nodes such as comments.

In addition to observations about HAP in general, I’ll point out extension methods provided by HAP.CSSSelectors package which allow for much easier selection.

Packages for the example will need to be imported using NuGet. The package descriptions will be loaded in the project but you will need to set NuGet package manager to restore the libraries.
In the project I have included a really simple html file with examples of issues I have needed to address in my projects.

To test without any modifications, you will need to copy the HTML file to the following drive and directory – C:\testdata

HtmlAgility has a number of classes available to it including classes and enums which represent various parts of the DOM, these classes include HtmlAttribute, HtmlAttributeCollection, HtmlCommentNode and so on.

The first class we are going to examine is the HtmlDocument class. This class has the methods to load and parse the document into their respective parts.

The next method to call is the method to load the document. You can load from either a string agpack.LoadHtml(Html string) or from a resource - agpack.Load(@"c:\testdata\testdat.htm");

Like a web browser, HAP is forgiving on the Html supplied. You can query for errors but it will not break.
The file include has a missing close on the second font tag and a misplaced end tag. Works great in browser, does not throw an error in HAP but can be checked for.
(Part 2)
var errors = agpack.ParseErrors;

ParseErrors will return a collection and a count of errors. Interesting enough the closing font tab did not throw an error. But the misplaced </tr> did.

Once the Document has been loaded, the two main methods to use for searching are:
SelectNodes(string XPath) from the Document Node
GetElementbyId(string Id)

Since there can only be a single ID, getElementById will return a single node and SelectNodes will bring back a collection of nodes because using XPath you want to match one or more items.

My client has an application which will append several files together, delimiting each document with a start and end comment. The following is how I handle splitting this document back into its constituent parts. The file I have included has a section which is delineated with comments, the comments are in the form - <!-- Start Table: 1234 --> HTML Body <!-- End Table -->
were 1234 might represent some type of account number that we need for processing.

This says from the whole document (“//”) select comments which contain from the current location (.) the words Start Table.

Since this is a comment, it has no child nodes and the inner text is simply the text of the comment itself. This is useful if what you want to do is parse the comment to determine a value in the comment (account number in this case) but doesn’t really help when you want the text between the comments. To accomplish this, I fall back to Regular Expressions and grouping.

Now, in the html.Value we have the text between the two tags.

Moving onto finding elements in the DOM, the first example is finding the node using getElementById. There are three tables, but only two have an ID assigned to them. One is ID=”abc” the other is ID=”table3”

(Part 6)
One approach to getting the row nodes is to use Linq to discover them, such as:

This sort of works, if you check the count you will see you have three rows. However there are actually four rows, the first wrapped in a <thead></thead>

Another approach is to use SelectNodes on the node to discover the tr elements.

After a little digging I found the following solution worked.

rownodes = node.SelectNodes(node.XPath + "//tr"); this returns all four, this was interesting to me. I think I had assumed HAP would have been doing the SelectNodes from the current node and “//tr” would have worked, alas “//” says to search from the root of the document.

***** As I was researching this article, I discovered another XPath option that works. *****
rownodes = node.SelectNodes("descendant::tr");

Similarly, we can find all the td elements of the tr elements using the same procedures. Note that for table 3 we bring back twelve td elements even though they are children of tr and font and span elements.

This sits on top of HtmlAgility pack and will in fact ensure that it is installed as part of the NuGet package.

It allows you to select elements using CSS selectors rather than XPath. For example:

In this case I did not need to find from the node, simply selecting from whole document it returned the expected 4 rows.

Here is an example of getting only the tds (three) in the second row.

This returned 12 items. One thing to note. The QuerySelectorAll method returns as List<node> rather than a collections of nodes. This is important to know if you plan to mix and match.
In addition to selecting by id(#) you can select by class(.), much easier than looking for an attribute with class using XPath.

listTDNodes = agpack.QuerySelectorAll(".table");
Returns the first and third table with the class table.

In conclusion, the CssSelectors extension is another useful tool to select elements easily without the need to dig deep into XPath or iterate through collections. I know I will be looking forward to implementing some of these findings into my own work 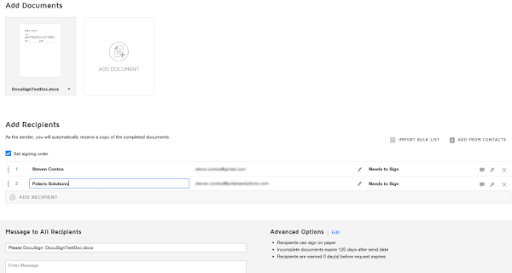 UPDATE - 9/26/2017 the following announcement was on the Sena Forum: A new version of the Cycle Gear Bluetooth Device Manager has been uploaded to the website. This will allow you to update the firmware for the DWO-5. I have confirmed that the software installs correctly AND that is includes the FTD2XX.DLL which was missing from their last version. In addition to programming as a profession, I really like to ride motorcycles. Recently I bought myself a really nice Bilt Techno 2.0 modular helmet from CycleGear. They have two local shops in the Chicago area and really do a nice job helping you to select the appropriate gear. This helmet includes a Bluetooth radio DWO-5 supplied by Sena. Out of the box everything worked well. Being the tech type of guy I am, I wanted to try the "Device Manager" software which updates the firmware and allows you to set the speed dial numbers. This is my experience getting this to actually work and the poor support I got from Sena's te
Read more